African from Kenya Cashes out $272.55 with Empowr (by Edu Okafor, aka Edwin Edwards)

Home Empowr Empowr Proof of Cashout African from Kenya Cashes out $272.55 with Empowr (by Edu Okafor, aka Edwin Edwards)
Published on September 30, 2016

Empowr might be the perfect business for people in developing countries.  Learn from Edu Okafor of Kenya in this video!  On Empowr, his name shows as Edwin Edwards, and although video was made last year, he’s doing even better now. In March 2017, Empowr displayed his AMCO (Accelerated Matured Cash Out) as $698.72.  I would imagine that’s a very good chunk of money in Nairobi, Kenya, where he resides.  Congratulation Edwin. 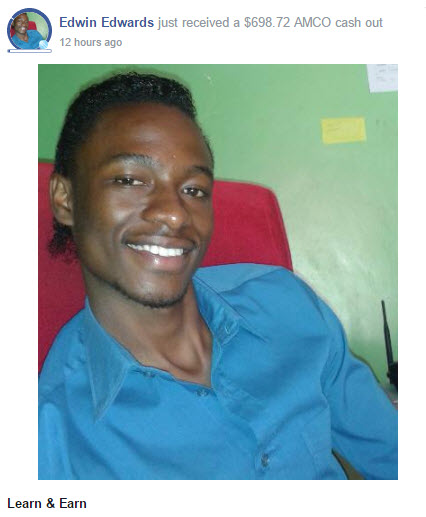 He has made a new video as of March 2017, about the Stock Options being mentioned on Empowr.

See the link to the right to get $20 put in your Empowr Balance when you join.

He is followed by Yegon Kipnegeno, also from Nairobi who shows a cash out of $57.10 in the video below (although the background music might drive you nutty).